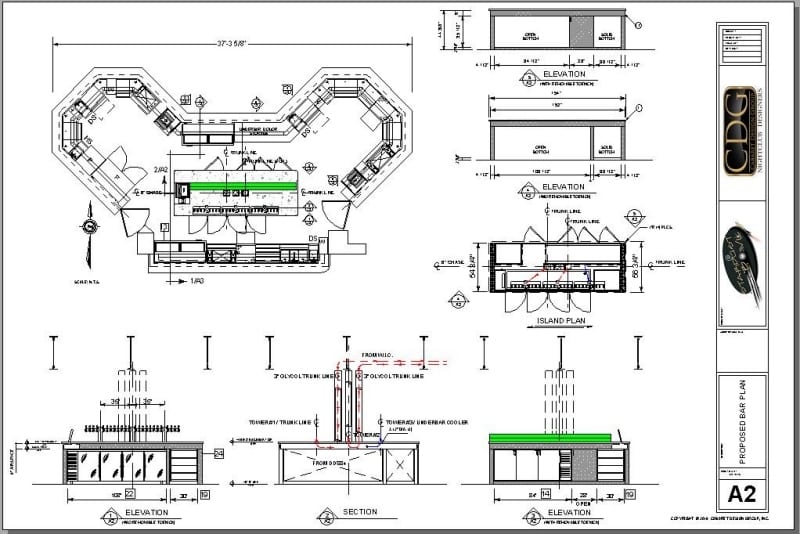 CHICAGO, IL Cabaret Design Group, a Chicago-based bar and nightclub design firm, announced the recent completion of a bar design for a Chicago area bowling alley. Stardust Bowl, LLC, which owns and operates three bowling centers in the Chicago suburbs, hired CDG in April to redesign the 40-seat bar in its “Club 300” lounge at its Addison, IL facility. The 84-lane bowling alley in Addison is the largest bowling center in Illinois and one of the largest in the United States. The Addison location has four bars, but its “Club 300” lounge is its primary nightspot, a sportsbar which also features a video gaming lounge, multiple big-screen TV’s, pool, darts, bags and suffleboard. CDG president, Rick Uzubell, stated that he was excited by the commitment of Stardust’s owner to totally revamp the bar by making it more socially-engaging and to develop a concept to feature a large-scale tap beer system as the cornerpiece of the project. Below is a sample of “Before” and “After” photos.