How Much do Draft Beer Walls Cost? 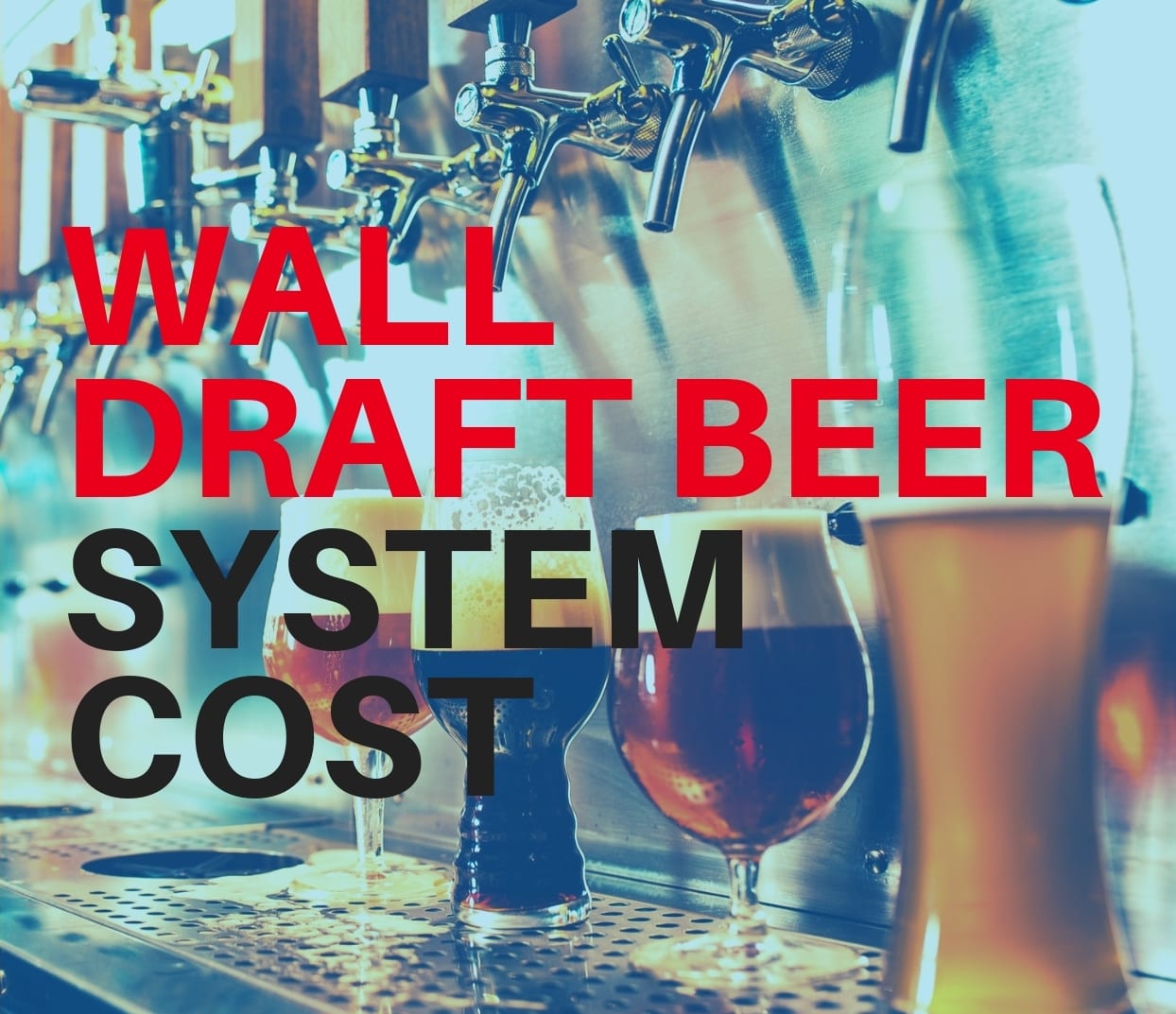 How much do draft beer walls cost?

HOW ARE DRAFT BEER WALLS DESIGNED?

In terms of the other type of direct-draw draft beer system that I was talking about in my previous post, are the popular beer walls seen in numerous venues. These can be recognized by the numerous beer faucets on the back bar wall, similar to the photo at right. This is a 48-faucet system, similar to the many large systems that are popular today. On the other side of that wall is the walk-in cooler with all the kegs of beer. Much like direct-draw coolers, the barrels are connected to the faucets over a very short distance. The distance is so short that the wall shown here is actually the common wall of the walk-in cooler. Large beer walls have a strong architectural appeal and many bar owners with such systems are making extraordinary profits – for now.

TEMPERATURE OF THE DRAFT BEER IS CRITICAL

In beer walls, if the beer faucets are mounted to an intermediate building wall the user will likely experience excessive foaming. Consider the following:

As a result, some engineering is required when considering a system such as this. Because intermediate building walls cannot be considered for the back bar wall, a significant amount of design attention must be given to the common wall of the cooler, such as:

The common wall of the walk-in cooler is typically beefed-up (structurally). Because walk-in coolers are rather industrial in their appearance, the exterior side of the common wall needs to be laminated with a decorative finish. This can typically be accomplished with architectural metal or similar finish that can be complementary to the bar itself (such as the clad panels by Interlam, shown in the photo at right).

Bars that feature 100 or more craft beers dedicate the majority of the back bar space to beer, which makes promoting alcohol more challenging. Some of those bars don’t even sell alcohol, which I think is risky, especially if craft beer loses its marketing appeal. The bar shown in the plan at right is what I would call a hybrid system, because if features a beer wall and alcohol displays. This enhances the profit model by:

I think this is a very good alternate solution to the all-or-nothing beer wall.

WHAT ARE THE PRO’S AND CON’S OF DRAFT BEER WALLS?

The draft beer wall concept works in bars that feature craft beer and that’s the primary marketing mission. For those who like the beer wall but also want to make alcohol-based drinks, then create balance in the back bar design. In terms of the “Pro’s and Con’s,” well-designed systems have reliable delivery and lower cost than the comparably-sized glycol systems. Also, they’re infinitely expandable. The “Con’s” are they take up a lot of space along the back bar. An air cooled beer wall will cost about $1,000 per faucet. For those who cannot incorporate a walk-in cooler in their back bar, a glycol system can provide very reliable delivery, at $1,200 – $1,500 per faucet. Engineering and design costs are not included in either scenario.

Do you need help with your bar plan? Contact Us Today!

AIR COOLED DRAFT SYSTEMS – HOW MUCH DO THEY COST?