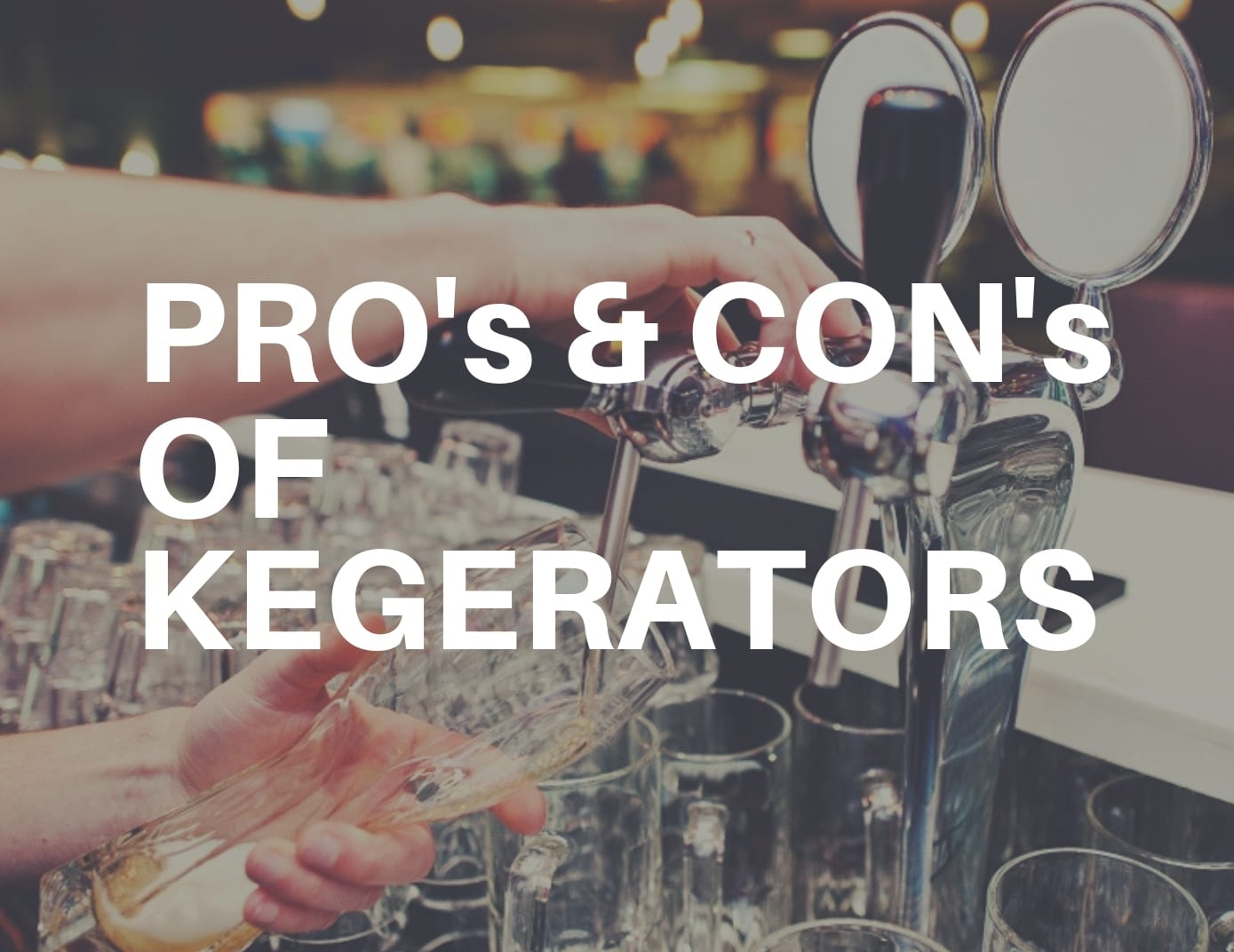 Kegerator draft beer systems – who are the best candidates to own them?

Learn how kegerators operate and cost, design factors, limitations and who really needs them.

KEGERATOR DRAFT BEER SYSTEM – WHAT ARE THE PROS AND CONS?

First, all draft beer systems rely on refrigerators (back bar coolers) or walk-in coolers to house the beer, as the temperature of the product is of the utmost importance. Ideally, draft beer should be delivered between 36 – 38 degrees Fahrenheit. Even a slight increase (or decrease) in temperature can lead to excessive foaming and even cloudy and sour beer, and worst of all — lost profits! Because of the short operating distances, kegerator draft beer systems are inherently efficient at delivering consistent high quality beer. However, traditional kegerators are 27″ – 29″ deep, thereby reducing the bartender aisle by 3″ – 5″, as depicted in the drawing below:

WHAT TYPES OF EQUIPMENT ARE AVAILABLE?

When you think about kegerators, what’s the first thing that comes to mind? I immediately think of the non-stylish behemoth back bar coolers with the old-fashion towers that stick half-way into the bartender’s aisle – just like the unit shown in the photo at right. This kegerator holds four barrels of U.S. domestic beer. All in a space of 90″L x 27 3/4″D for about $3,400. The best use for this cooler would be to convert the draft beer tower to a stylish 8-faucet unit so the owner could sell craft beer (the box will accommodate a total of 14 sixtel’s), but the trouble is that the cooler would still protrude 4″ into the bartender’s aisle. Although I like U.S. domestic beer, nobody makes much money selling it and in this amount of space, this isn’t the best approach. Folks, there has to be a better idea.

CUSTOM KEGERATORS – A NEW SPIN ON AN OLD IDEA

We design many bars and a number of them featured kegerator draft beer systems. However, in my experience I’ve never (nor would I ever) implement a kegerator similar to the one above. For one, I would never use anything but a 24″D cooler.

If you want a built-in back bar cooler, you need to stick to coolers that are 24″ deep.

During the course of designing many kegerators, it became apparent that none of the U.S. bar equipment manufacturers offer a custom kegerator. We had to specify every custom kegerator. The problem, it seems, is that there are too many choices for draft beer towers.

HOW MUCH DO KEGERATORS COST?

Here are some cost comparisons on the cost of draft beer systems in 2021:

In other words, the glycol system costs over twice that of a kegerator system. According to industry leader, Micro Matic, the extremely handsome ROI on a glycol system (about 19 kegs sold will offset a $10,000 capital investment), I would give the glycol system strong consideration if I were a potential buyer. The primary reason I’m saying this is because the downfall of a kegerator system is its lack of capacity. A viable draft beer system should have one week’s consumption of stock. For an 8-faucet draft beer system with a single dispensing point, this is 20 kegs. Since an 8-faucet kegerator can only hold eight kegs (sixtels), the owner needs to have a place to store 12 cold kegs of stock and as I explained in another article (referenced below), this shouldn’t be in the same walk-in cooler as the case beer.

WHO REALLY NEEDS A KEGERATOR?

We’ve found that most of the primary group of customers who request kegerators are opening new bars. The majority of kegerator buyers have revealed that they have budgetary constraints and just want to “test the water.” On the other hand, we’ve found that the secondary group of kegerators buyers are the ones who are unable to implement a glycol system. For the most part this group includes existing hotels and restaurants who can’t provide the infrastructure for a glycol installation – either too many building constraints or unable to dedicate a walk-in cooler.

What Does Bar Equipment Cost?

HOW MUCH DOES IT COST TO BUILD A COMMERCIAL BAR?