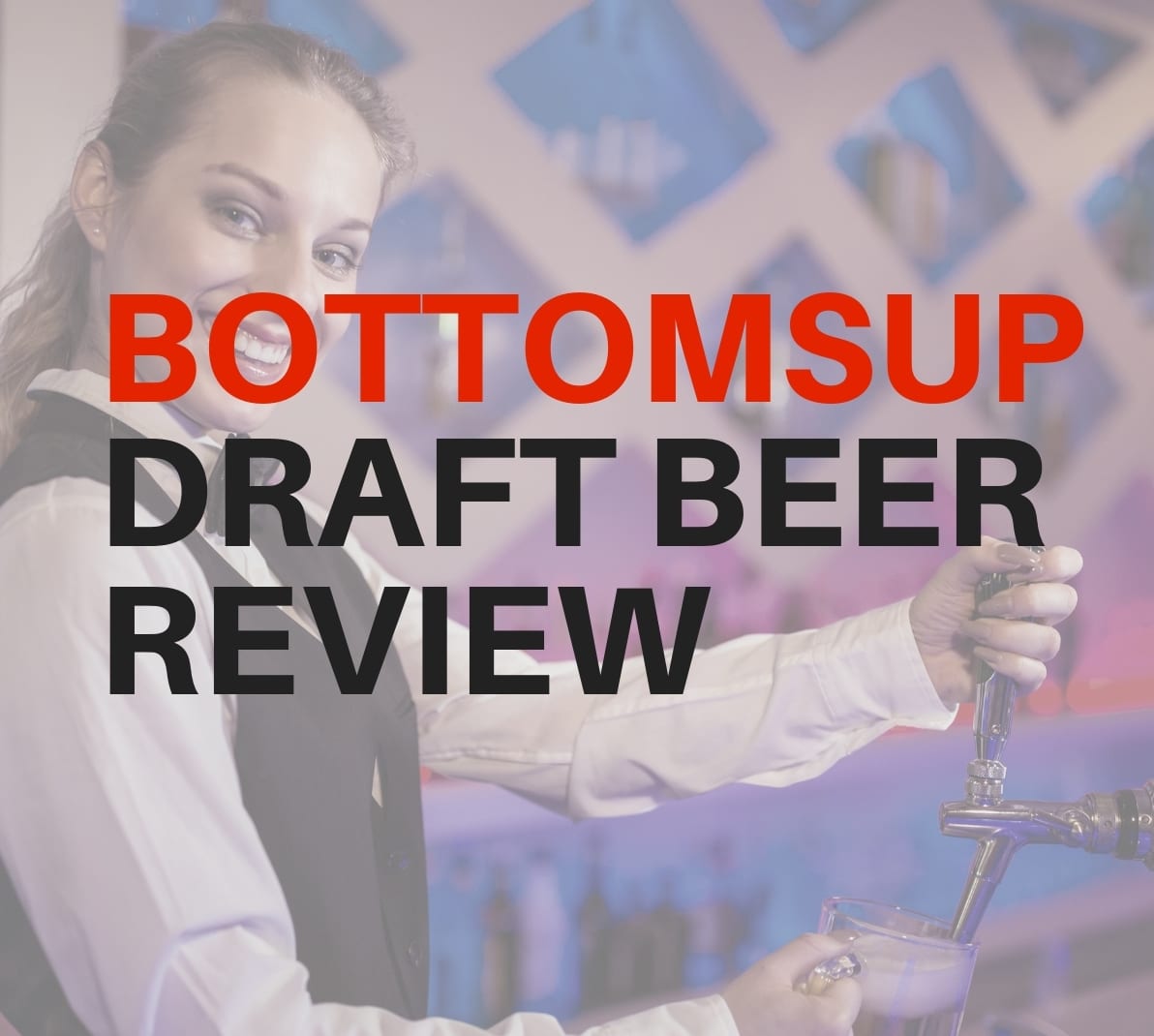 What is the “Bottoms Up” draft beer dispensing system….

in this post I’ll discuss how it operates, who should own one – and who shouldn’t. Bottoms Up is one of the great and innovative products for commercial draft beer dispensing, but as you’ll discover later in this story, it isn’t for everyone.

WHAT IS THE BOTTOMS UP DRAFT BEER SYSTEM?

Bottoms Up is one of the great and innovative products for draft beer dispensing. But as you’ll discover later in this story, it isn’t for everyone. The Bottoms Up draft beer dispenser is a device that replaces the standard beer tower and handle. Bottoms Up is revolutionary in that it fills beer glasses from the bottom. The inventor of the device and company CEO, Josh Springer, says that the concept came to him in a daydream in 2008 and the concept was so well conceived that he had a functioning prototype four days later! To me this is a fascinating success story, especially considering that the draft beer market has some very formidable and innovative competitors, such as Micro Matic and Perlick! Springer and co-founder Mike Price subsequently formed the company “GrinOn”. Sales of the product immediately took-off and it is currently being sold the world over.

HOW DOES THE BOTTOMS UP BEER DISPENSER WORK?

The Bottoms Up beer dispensing system works with traditional draft beer systems, such as the direct-draw (“kegerator” as shown in the photo below, right) or long-draw system. The filling process (as shown in the photo below, left) utilizes proprietary dispensing hardware (which takes the place of the draft beer tower and faucet handle) and a specialized cup or glass, that fills from the bottom. Bottoms Up dispensers, typically offered in clusters of two or four, and are surface-mount or flush mounted, the latter of which can be installed rather efficiently.

THE MAGNETIC DISC WAS THE KEY

The turning point in the development of the Bottoms Up product was the implementation of a magnetic disc that sits on the inside of the bottom of the glass. Here’s how the Bottoms Up draft beer system works:

In fact, filling glasses from the bottom is evidently a concept nobody in the draft beer industry had ever given much thought to. Only in America!

IS THE BOTTOMS UP BEER DISPENSER GOOD FOR EVERYONE?

I believe it’s best suited for stadiums, where food and beer are sold at walk-up concessions, and the sales associates are primarily serving beer in plastic cups, as its only alcohol-type offering, as shown in this photo.

The Bottoms Up sales pitch is that its draft beer system justifies itself through increased efficiency.

Folks, this is only valid where there’s a high volume of draft beer being poured.

However there’s really much more to understand. No doubt, straight out-of-the box, Bottoms Up is an efficiency machine – perhaps as high as 99%; after all, nothing is perfect. However, in the bar business, it isn’t about how much you’re pouring – it’s about how much money you’re making! This is why inventory control is the king of the bar business.

I don’t care which product you’re considering for your bar, if you don’t have good inventory controls you’re losing a lot of money! Consider the following:

The good news is that Bevinco (also known as Sculpture Hospitality) reports that customers routinely reduce their shrinkage to 2 – 3%, and this includes beer, wine and liquor! So, the bottom line is that the Bottoms-Up system is, at best, 1 – 2% better, but that’s just for beer. You also have the ongoing cost of purchasing expensive glasses. So, if you’re looking to make more money, the real question is, ‘Would you rather invest in a machine or in inventory control?’

THE PERPETUAL COSTS OF OWNING AND OPERATING A BOTTOMS UP SYSTEM

Sure, there’s the novelty aspect ownership, but after purchasing a Bottoms Up draft beer system, owners have to continually purchase cups and magnets – and these are only available from Bottoms Up. The plastic cups are really only ideal for stadiums (Bottoms Up’s primary market) and sports bars. For most other venues – such as hotels, casinos and restaurants – nobody would consider plastic cups. Sure, Bottoms Up also sells glassware, but it isn’t inexpensive. And let’s not forget about the Bottoms Up proprietary magnets. All these costs have to be reflected in the cost of the beer prospective owners sell.

WHO SHOULD OWN A BOTTOMS UP SYSTEM?

I really like the Bottoms-Up draft beer system and think it has a great future, but it should only be used in high-volume pouring, such as stadiums. Efficiency is misunderstood and I don’t believe the Bottoms Up system justifies itself on this basis. There are better investments for bar owners, such as professional liquor inventory control service, that will generate far greater profits.

HOW CAN BAR OWNERS BE SO UNAWARE OF LOSSES?

WHAT ARE THE MOST PROFITABLE DRINKS?